Ultimately at the end of its more than two-week long expedition, Okeanos Explorer gave the rest of the world a deeper insight into this tucked-away corner of the ocean. In addition to using sonar to map these unexplored canyons, Okeanos Explorer shed light on the life hidden within them. This is the story about coral and sponges, and the wonderful and diverse ecosystem of life they provide. The visualization below demonstrates the delicate nature of marine ecosystems and that everything is connected. Sponges and coral are the foundations of this particular ecosystem, and losing them means destroying the habitat of thousands of species.

Out of all 38 samples taken on this expedition, 17 were sponges and 12 were corals. The other samples were geological, some potential new species, and a squid and krill that accidentally swam into the collecting tube. Of the sponge and coral samples taken, NOAA also logged the commensal species living upon and within them. A commensal relationship is a symbiotic relationship between two organisms where one benefits and the other is neutral. Because coral and sponges build coral reefs, they are extremely important in creating ecosystems for countless other organisms to live in. In turn, these small commensal organisms provide food for larger species that live within the benthic zone.

In this case, most of the commensal organisms that live on this reef are sea stars, crabs, other corals, shrimp, sea worms, and one sea cucumber. Because the small organisms rarely migrate, they exist in densely populated clumps. By destroying the coral and sponges, the smaller commensal species lose their homes and cannot survive alone in the deep ocean. 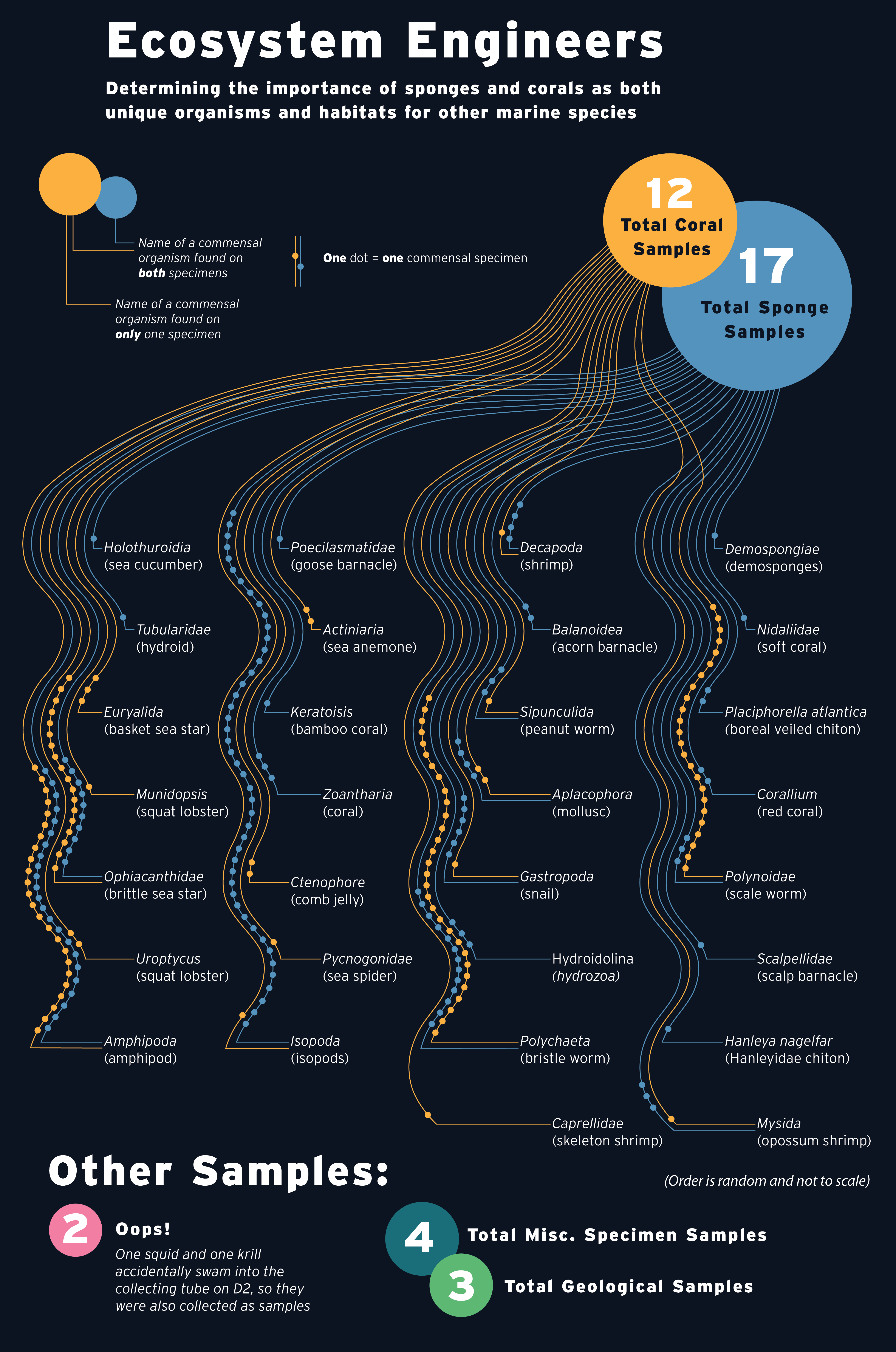