“We know more about the surface of the Moon and about Mars than we do about this (deep sea) habitat.” - Paul Snelgrove

The depths of the ocean floor are largely unmapped and unexplored.

NOAA (National Oceanic and Atmospheric Administration)’s office of Ocean Exploration and Research is the only federally-funded program that explores and maps the deep ocean. Deep Connections 2019 (Ex1905L2) was an expedition to explore the Atlantic marine region of Canadian and New England waters from August 6 through September 15, 2019, with the goal of traversing and mapping this previously-unexplored region.

‍Okeanos Explorer and its crew left port in Rhode Island and set off for Canadian waters. When it reached the first site, it lowered its submersible ROV (Remotely Operated Vehicle) into the water. The ROV actually contains two vehicles: Deep Discoverer and Seirios. Deep Discoverer (nicknamed “D2”) has two manipulator arms so it can collect biological and geological samples. It is also equipped with sensors that collect data on salinity, water temperature, depth, and dissolved oxygen. Seirios is its sister ROV that dives down with it, connected by a long cable. Seirios is equipped with a bright light that acts as a flashlight for Deep Discoverer. It also has multiple cameras to help record discoveries and is rigged with sonar to map the ocean floor. Neither of the ROVs have people inside them, but instead are piloted by crewmembers on the research vessel high above on the ocean surface. 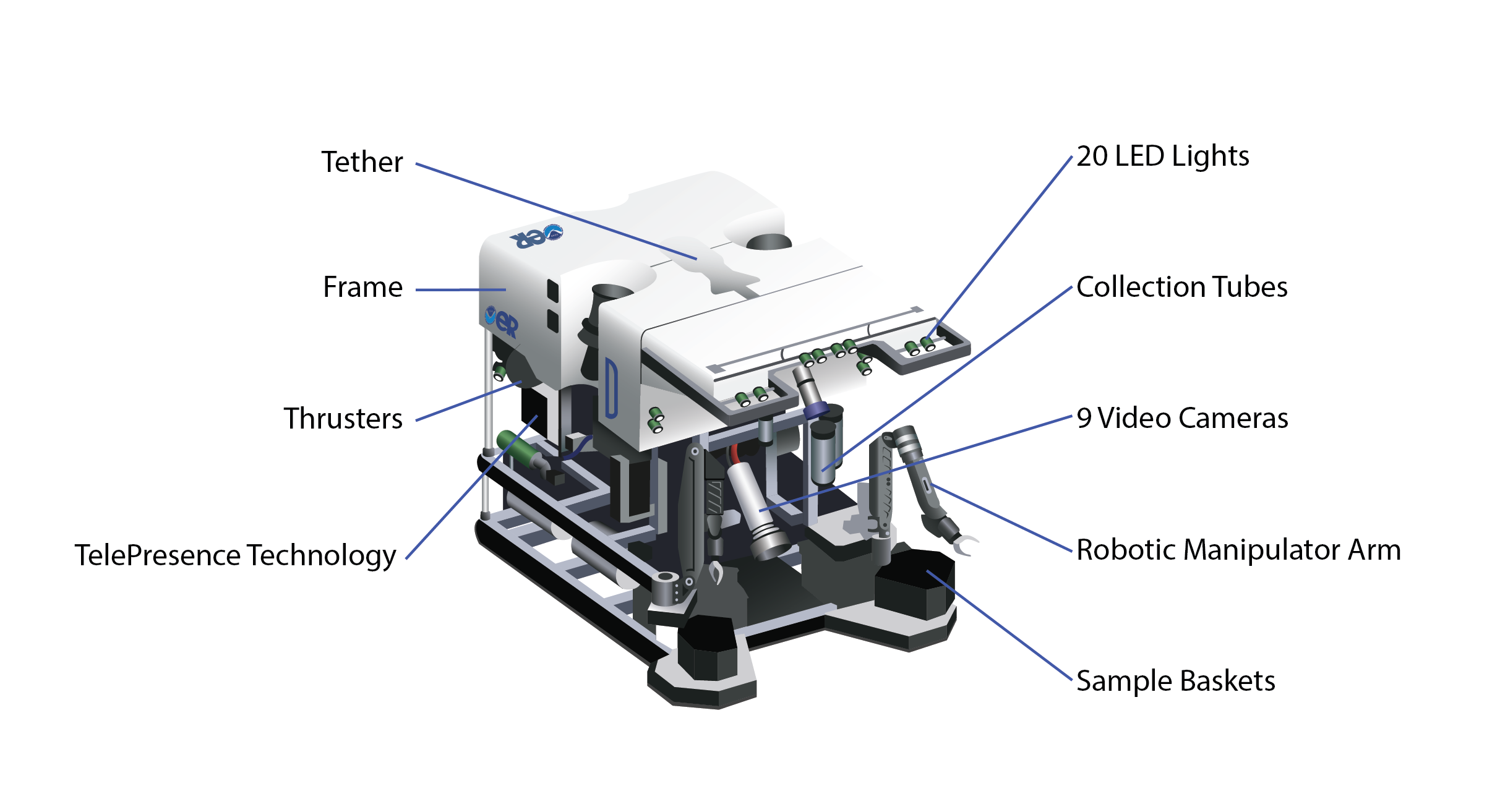